Shirley Jackson (Elisabeth Moss) and her long-term houseguest Rose (Odessa Young) form an unusual bond in Shirley. The film mixes fact and fiction to explore the life of the American writer best known for her short story “The Lottery.” 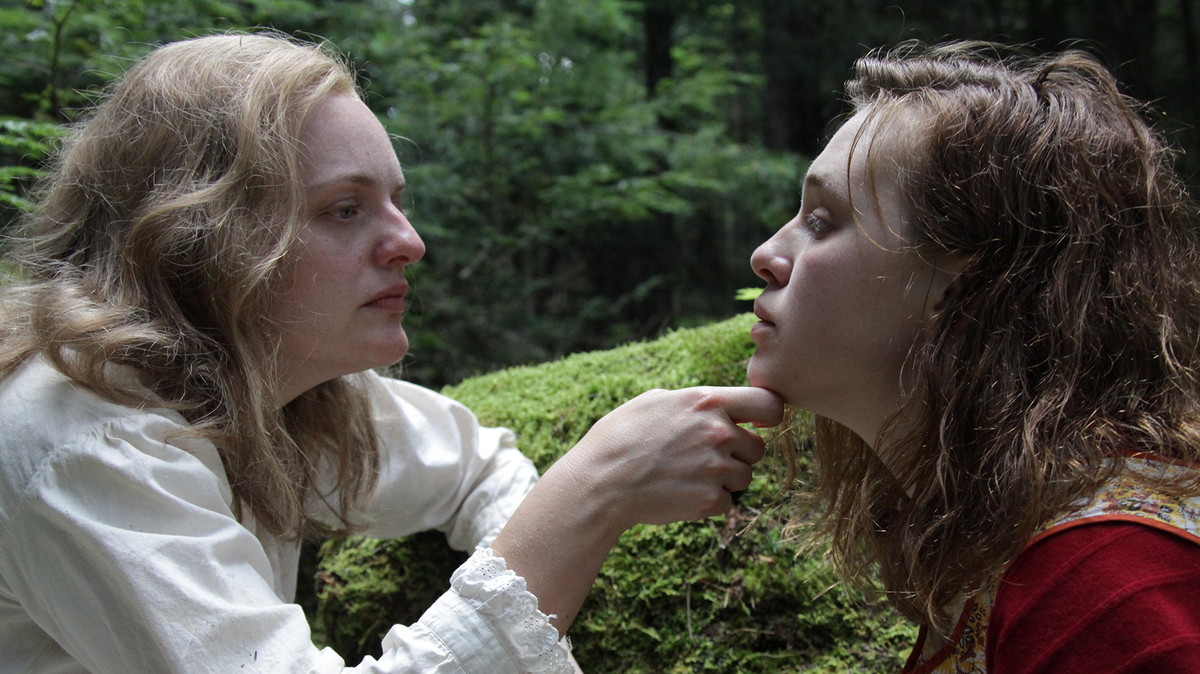 Shirley Jackson (Elisabeth Moss) and her long-term houseguest Rose (Odessa Young) form an unusual bond in Shirley. The film mixes fact and fiction to explore the life of the American writer best known for her short story “The Lottery.”

I first saw Shirley months ago, back in January. It’s strange to be revisiting it now. Like a lot of very good movies, it doesn’t speak to this extraordinarily fraught moment, and it doesn’t offer a mindless escape from it, either. What it does offer is a smart, fascinating glimpse into an artist’s mind, and I hope you’ll seek it out now or in the future.

The timing of the movie’s release (it begins streaming on virtual cinema platforms June 5) chimes with a welcome resurgence of interest in Shirley Jackson decades after her death in 1965. You might have seen Netflix’s popular adaptation of Jackson’s horror classic, The Haunting of Hill House, and 2019 brought us a movie, based on her novel We Have Always Lived in the Castle, that deserved more attention than it received.

Now comes Shirley, a new film directed by Josephine Decker, which stars an unsurprisingly superb Elisabeth Moss as Jackson herself. But this isn’t a biopic in any straightforward sense; it’s more of a biographical-literary fantasia that freely mixes fact and fiction.

Sarah Gubbins’ script, loosely based on a 2010 novel by Susan Scarf Merrell, means to suggest the origins of Jackson’s gothic sensibility, as well as her special insight into the minds of lost young women who feel isolated from mainstream society. Jackson felt some of that isolation herself, due to her unhappy childhood, difficult marriage and frequent bouts of anxiety and depression.

We first meet Shirley in the early ’50s, living in a small Vermont town with her husband, the literary critic Stanley Edgar Hyman. He’s played with great bon vivant gusto by Michael Stuhlbarg.

Stanley, a professor at Bennington College, has invited his new teaching assistant, Fred, and his wife, Rose, to stay with them until they can find a place of their own. But Fred and Rose, played by Logan Lerman and Odessa Young, soon become long-term houseguests, as Stanley pushes Rose into the role of Shirley’s caretaker and companion, so that he can pursue his work and his extramarital affairs in peace. Looking after Shirley is no easy task: She hasn’t left the house in ages, and her writing has ground to a halt. As Stanley knows all too well, even getting her out of bed for a meal is a chore.

The academic setting and the couple-on-couple dynamic are meant to remind you of Who’s Afraid of Virginia Woolf?, and for a while the movie plays like a furiously entertaining comedy of marital discord. But as vicious as Shirley and Stanley can get — and despite Stanley’s infidelity — their marriage is weirdly functional at its core: Stanley genuinely respects his wife’s intellect and wants her to thrive.

And Shirley’s writing does eventually get back on track. We see her writing her second novel, Hangsaman, which is inspired by the 1946 disappearance of a Bennington student, Paula Jean Welden. This detail is rooted in real life, but the movie adds its own wrinkle: Shirley comes to see Rose as a kind of muse, a stand-in for that missing student.

If all these layers of reality and artifice sound a little confusing, that’s very much by design. Decker previously directed Madeline’s Madeline, a dizzyingly meta experiment about an aspiring young actress and her opportunistic theater director. Shirley looks far more conventional by comparison, but Decker’s jagged aesthetics are still in evidence: intense closeups, a swerving handheld camera and a score that pulses with menace. And she is grappling with a lot of the same themes and conundrums she did in Madeline’s Madeline, from the blurring of art and life to the troubling idea that mental illness can be a source of creative energy.

Moss, who has been made to look uncannily similar to Jackson, has always excelled at playing characters with their nerve endings exposed. After the tense dramatic exertions of her recent movies, Her Smell and The Invisible Man, she gets to relax a little as Shirley, teasing out the odd flashes of warmth and tenderness beneath the author’s prickly front. She also has a strong screen partner in Young as Rose, who is awed by Shirley’s brilliance and inspired to pursue her own life of the mind.

Despite Jackson’s enormous popularity as a writer, the horror elements in her work meant that she had to endure a lot of genre snobbery as well as gender snobbery. It wasn’t until well after her death that more critics came to appreciate her body of work. Like a lot of great genre writers, Jackson consistently used thriller conventions to illuminate the phantasms of the mind and turn her own demons into art. Shirley is a worthy testament to her legacy.

This year's Independence Day 'the most important in history': Liubov Abravitova ...
Read more

After nearly a month of back-and-forth, Grubhub has walked away from a potential acquisition from Uber and will instead merge with...
Read more
Sports

By Reuters 1h agoShare this article:ShareTweetShareShareShareEmailLONDON – Premiership club Saracens have asked their highest-earning players to defer part of their salaries until...
Read more
Trending Now